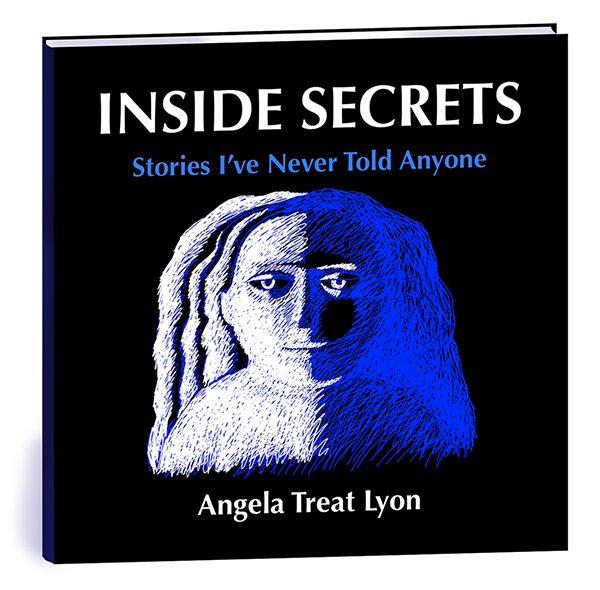 Get Ready to Go On the Air!

Are you an artist? You know, the one who works in her studio all day 48/7 and never comes out?

If you are, you’ll know what I mean when I say this: If a radio show host said to you, “I’d love to have you as a guest on my show,” would you say, “I’m scared! I don’t like talking about myself! In front of all those people? I wouldn’t know what to say!” 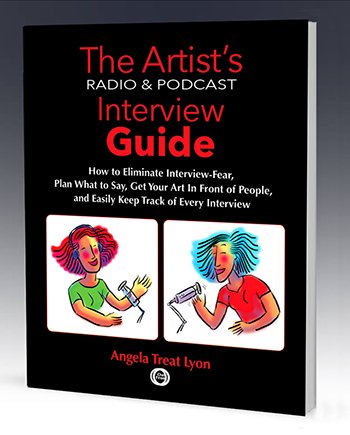 If you don’t know what to say, you feel like a clumsy fool, right?

As artists, we spend the bulk of our time alone, creating, not talking – no wonder artists are afraid.

In The Artist’s Radio & Podcast Interview Guide
you will discover:
•  how to eliminate your fear
•  what to say and how to say it
•  how to get your work in front of people without being a sleazy used car salesman
•  keep track of your interviews, hosts and progress
•  how to feel comfortable, clear and confident as you
no matter where you find yourself, or with whom.

You’ll be able to say, “Yes! I’d love to go on your show!” You’ll ace every interview, be a great guest, and be invited back repeatedly. You will be fearless! You’ll gather wonderful avid fans, followers, and collectors … and get more commissions and more sales!

If you’re being asked for an interview on the radio or podcast show say yes! Then plan what to say and track your event with this book.

You really can easily be a media guest, appear and speak in person in any group setting of your choice, get your artwork out there, and feel clear, cool, calm and collected and READY!

Click HERE to get your own copy of the comprehensive 46-page
Artist’s Radio & Podcast Interview Guide EBOOK for just $9.99 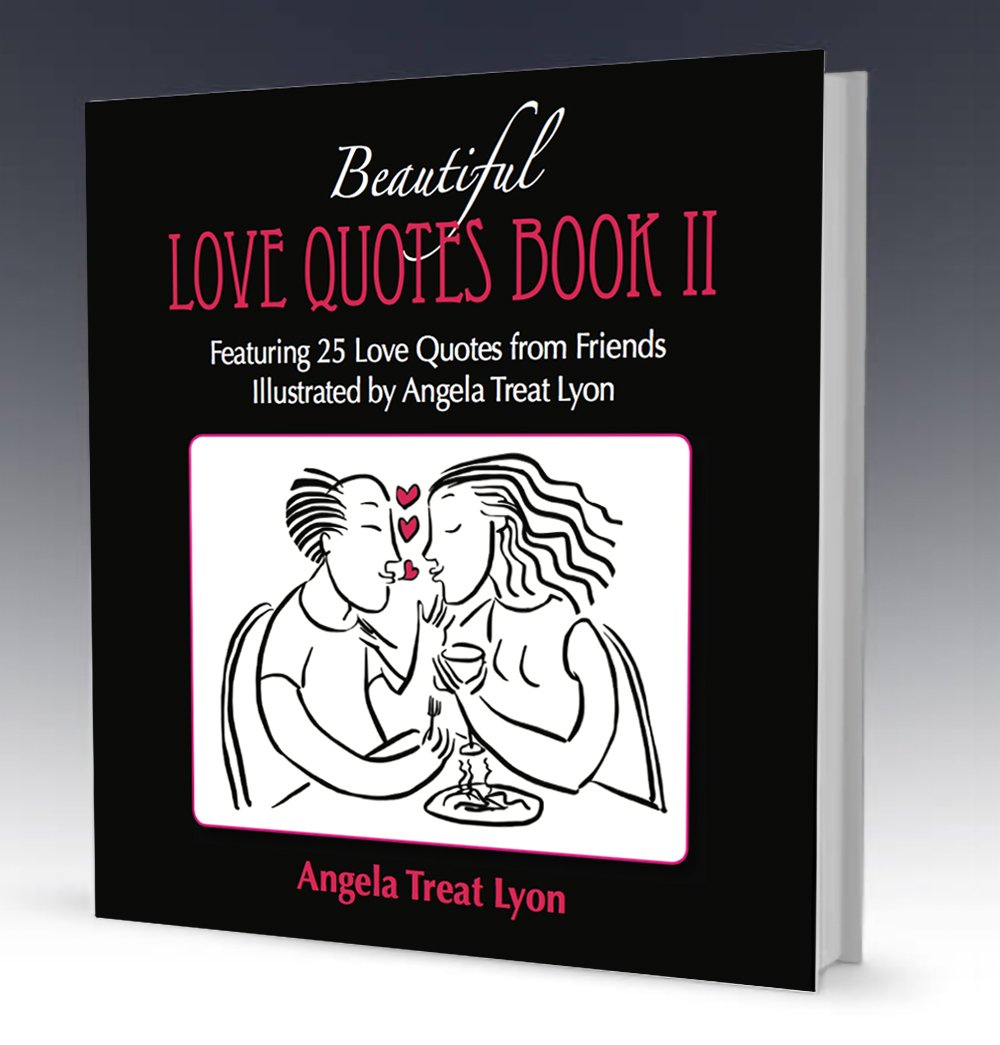 How would you like to have a lovely reminder about how important, sweet and precious love is – with quotes by friends, and unique, fun, quirky drawings by moi?

A beautiful ebook you can send read/enjoy any time at all, and a giftie you can send anyone by email that has:
•  25 beautiful love quotes and
•  25 quirky fun illustrations by yours truly!

CLICK HERE to Get the Beautiful Love Quotes EBOOK II – $7.99 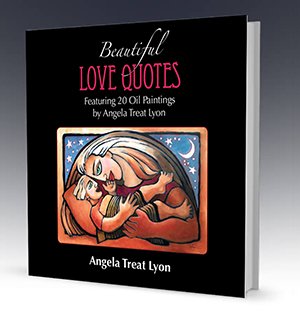 How would you like to have a lovely, inexpensive giftie to send some one you love?

Are you making the right images for Etsy? 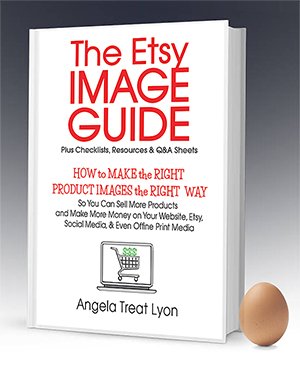 If you take photos and make images – even on your phone:
•  for Etsy or social media
•  for making prints or other print materials
•  or for your website…
… you will love how easy I make it for you to take one image file and turn it into all the files you need for all those uses.

I invite you to read more about The Etsy Image Guide Suite! Go here –
http://angelatreatlyonbooks.com/biz-marketing/the-etsy-image-guide-suite/

I show you, with full illustrations and step-by-step directions, how to make all the images you need that show your buyers exactly what they’re getting.

♥  The 125-page Etsy Image Guide Ebook
♥  Resource Sheets you’ll want & need (most of the Resources are no-cost)
♥  Q&A Sheets with great questions asked by other artists and Etsy sellers, and…
♥  3 comprehensive How-to Checklists that help you, step-by-step, make the right images the right way for the right use so they help you sell more products & art..

Do you procrastinate (and then kick yourself)? 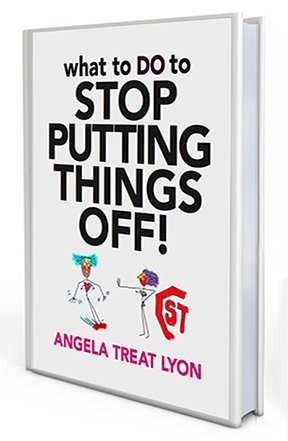 Come on – tell the truth! Here, I’ll start: Yes! I put things off all the time – even putting things off until past the cutoff time! And I kick myself the whole time, even knowing I’m late. How stupid is that?

So … what do you lose when you put things off?

You miss dates, appointments, job-calls, assignments
You get late fees, fines or other punishments
You miss out on good offers that won’t come again
You lose people’s respect (ouch)
You lose your own respect (worse) –
I could go on. But you know exactly what you lose by procrastinating! You kick yourself every day, I bet! But do you know how to change it?

I can help you stop procrastinating!

CLICK on the button below – Get STOP PUTTING THINGS OFF EBOOK – $2.79 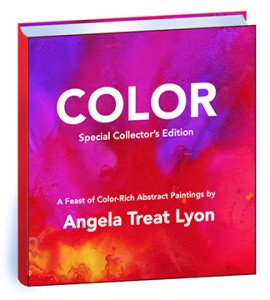 My first hard-cover collector’s edition of my abstract paintings is finally out!

This is huge for me! Huge! I’m so very excited about it!

I’m adding pix of a whole bunch of pages below to let you see how I’ve taken the alcohol inks, which are featured in this book, in many directions.

I really hope it inspires you to do something huge – maybe something you’ve never thought you could do – in your own life.

END_OF_DOCUMENT_TOKEN_TO_BE_REPLACED 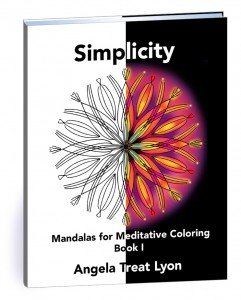 Why simplicity? Isn’t that what we wish we had in our lives?

Because our lives are already so full, so crazy and so overwhelming! I created simple designs you can fill with your own color choices in your quest to calm down, quiet your mind and have a little fun time on your own.

When I create a mandala, I focus first on a feeling or a thought energy I want to convey through the design. Sometimes it feels like my fingers are being guided by a strong force. Thinking isn’t part of the process—I just watch it happen. Some I delete; most of them are keepers.

Some of these 50 designs are very simple, some more complex. They are great for rank beginners all the way to experts colorists. All of the designs are hand drawn. Some of the lines are a bit wobbly? I have a slight tremor in my hand due to excess use of power tools when I carve! Oh well. It’s OK – makes drawing more interesting! 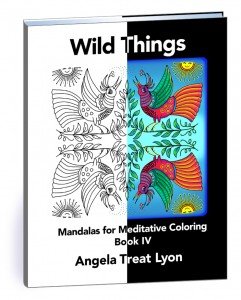 Why Wild Things? Because they’re disappearing.

Isn’t it true that the Wild Side is just as important as the civilized? It’s time for us all to remember how dear our critters are to us all. One by one, our wild animals are becoming extinct. It’s time to change shooting safaris to photo-shooting excursions; time for us to nurture and care for our skies and oceans so their denizens don’t die.

Here are 50 (mostly silly) critter images from the Wild Side of life. Most are black on white, some are surprise white on black that, once filled, look like neon lights!

These designs are great for rank beginners all the way to you expert colorists. This books is great for gifts and holidays – for kids, moms – and even dads!

Click HERE to read more and see examples of the designs in the book. 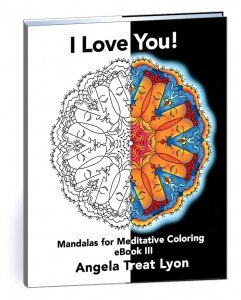 Why I love you? Well..you have to ask?

It can be so easy to get so wrapped up in life’s daily chaos that you forget how much you love your friends and family and critters and the earth itself. Well, that’s true for me, anyway.

But then I stop and take a breath, and smell the fragrant air, and come back to just Being Me. Then it’s easy to remember how much I love my really precious friends and family, and my associates and others I know closely or not so, and whose company I’d be really unhappy without. Those connections make me happy and appreciate my life more.

What if you had a coloring book where you find all kinds of lovey images that help you remember your own personal kind of connections? I invite you to fill in all 50 of these simple, love-centered mandala designs with your own color choices in your quest to calm down, quiet your mind and have a little fun time on your own. 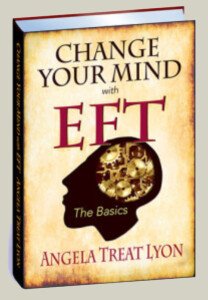 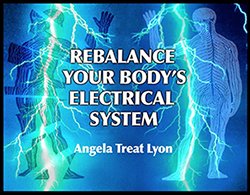